It can be confusing to figure out how Star Wars: Squadrons fits into the overarching Star Wars universe, but we've laid it all out here for you.

If you don't know when Star Wars: Squadrons takes place on the timeline, you likely aren't the only one. Things can get super confusing.

If you haven't kept up with Star Wars outside of the films and TV shows, you may have missed some significant changes to the canon, which makes things confusing. In fact, Star Wars: Squadrons falls somewhere on the timeline that might have you scratching your head if you're out of the loop.

We've broken it down here for you to make sure everything is as clear as possible.

When does Star Wars: Squadrons fall on the timeline? 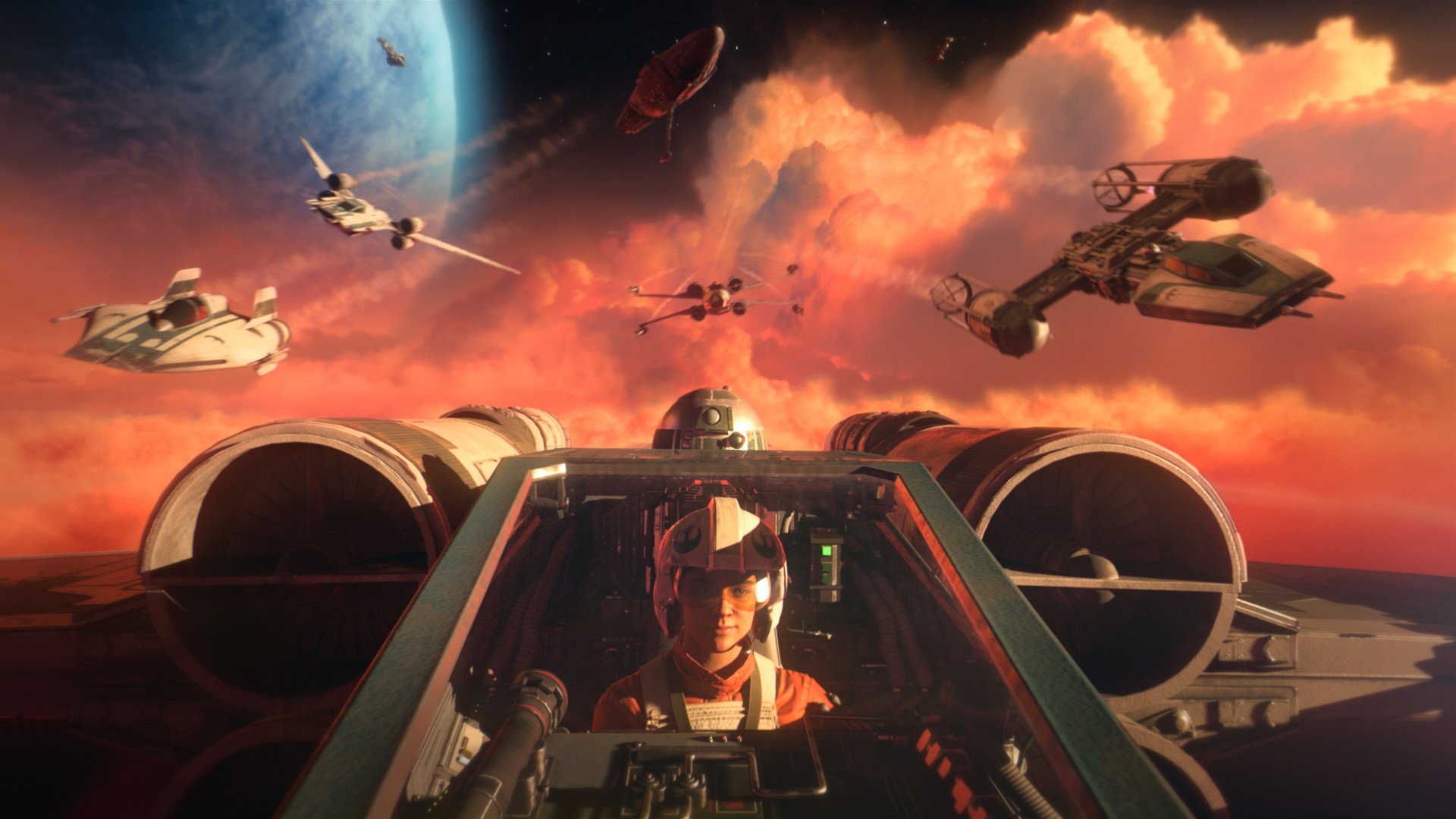 Star Wars: Squadrons' prologue takes place five years before the main game and is set shortly before or after the Battle of Yavin, as seen in Star Wars: Episode IV - A New Hope. In this first section of the game, players control Titan Squadron as it searches for a rebel cell helping Alderaanian refugees find shelter.

However, the bulk of the game takes place shortly after the Battle of Endor. Emperor Palpatine is dead, and the Empire is in disarray. Though the New Republic has established, the Imperial Remnant still commands a formidable starfleet that threatens to wipe out the young government. Squadrons centers around a New Republic and Imperial fighter squadron facing off against one another in a struggle over the fate of the shadowy Starhawk Project.

Within a year of Star Wars: Squadron taking place, the Imperial fleet will be defeated at the Battle of Jakku, which ends the Galactic Civil War. This leads to a rather large gap in significant military actions in the new canon, and the galaxy is relatively peaceful up until the events of Star Wars: Episode VII - The Force Awakens.

Of course, this isn't the case in the Star Wars Legends continuity. Just after the Battle of Endor in the previous Expanded Universe, the Ssi-ruuk began their invasion of Bakura. The Imperial forces weren't as thoroughly routed in the old timeline, and the various splinter groups would spend another decade fighting each other and the New Republic.

Now you're all up to speed -- get out there and take the fight to the stars!

Looking for some tips on how to best the Empire or how you can better serve the Rebels? Head on over to the SteelSeries Discord, where you can discuss strategy with other pilots.

And of course, we didn't forget PlayStation 5: