Skip to main content
Due to recent changes to our order fulfillment system, some customers may experience longer than normal order processing times. We apologize and are working hard to fix this.
por Brittany Vincent 4 Minute Read

Get the lowdown on what's going on with Amazon Luna, the retailer's new cloud game streaming service.

Amazon has just entered the cloud gaming arena with its own offering: Luna. Luna is meant to be competition for services like the already-established Google Stadia and Project xCloud.

Amazon announced Luna seemingly out of nowhere, but now that it's positioned itself as another provider for cloud gaming, it'll be interesting to see where it fits in the hierarchy. With a list of over 100 confirmed games, seamless Twitch integration, and streaming powered by Amazon's AWS web platform.

It certainly seems like a viable alternative to what's already out on the market, but we don't know everything there is to know about Amazon's Luna game streaming efforts just yet. If you're curious and want to dig in, here's everything we know about Luna so far.

What is Amazon Luna? 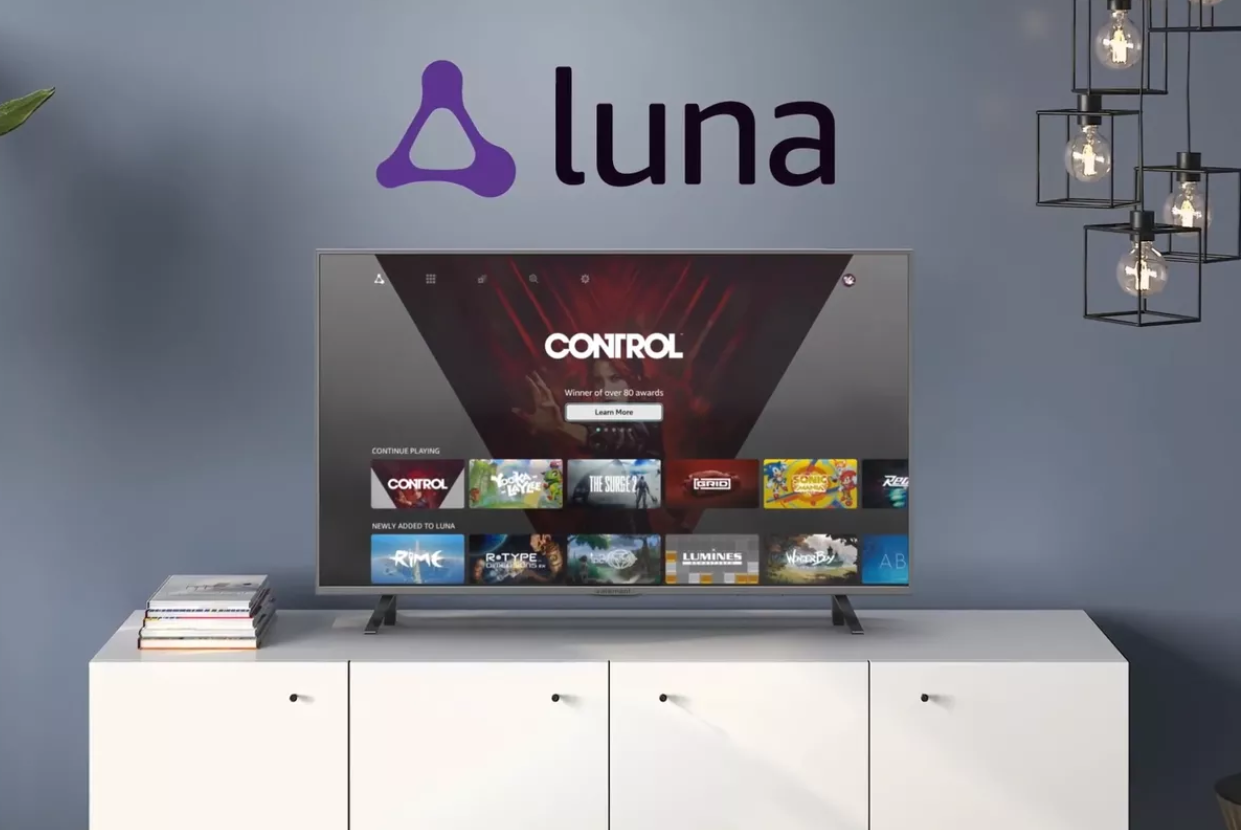 Amazon Luna is Amazon's alternative to services like Microsoft's Project xCloud and Google Stadia. It's meant to allow users to stream the games they want to from the device of their choice, such as a PC, Mac, Fire TV, iPhone, or iPad. All that's required is a high-speed internet connection (5 GHz wi-fi, 10 Mbps download and 30 Mbps for 4K). You also need a compatible game controller or mouse and keyboard.

This newly-announced streaming service has yet to officially launch, and there are still bits of information we don't know about it just yet. However, since it's Amazon-branded, that means it will automatically integrate with Twitch since the two companies are integrated. There will be plenty of things we're asking until Amazon decides to release additional information.

How much will Amazon Luna cost? 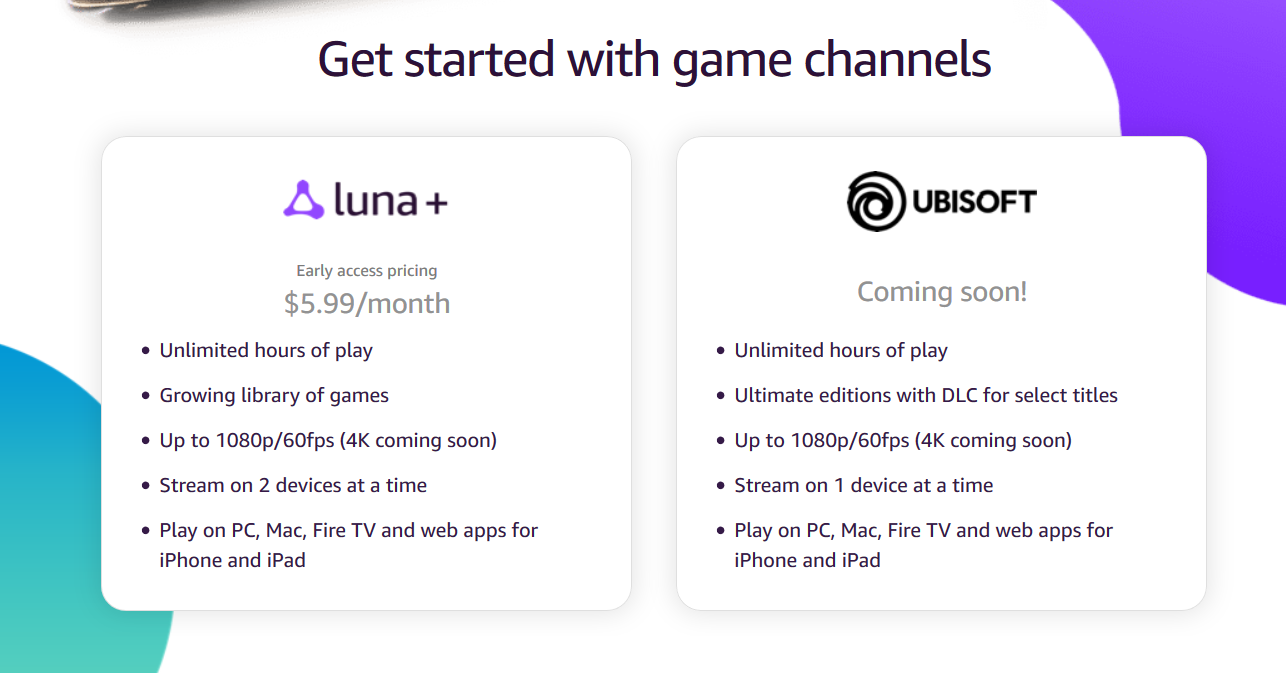 For early access to Amazon Luna, you can expect to pay $5,99 per month for Luna+, the name for the paid subscription tier. Given the verbiage "early access," we'll likely see this price go up after the service debuts proper. For this price, you'll get unlimited hours to play with a growing library of games. You can stream up to 1080p/60fps with 4K coming soon on two devices at a time.

For an additional fee, you can add "channels," much like the Ubisoft channel listed on the official Luna page. You get unlimited hours of play, Ultimate editions of games with DLC for select titles, and the same perks you get with the base Luna price.

What is the Luna Controller? 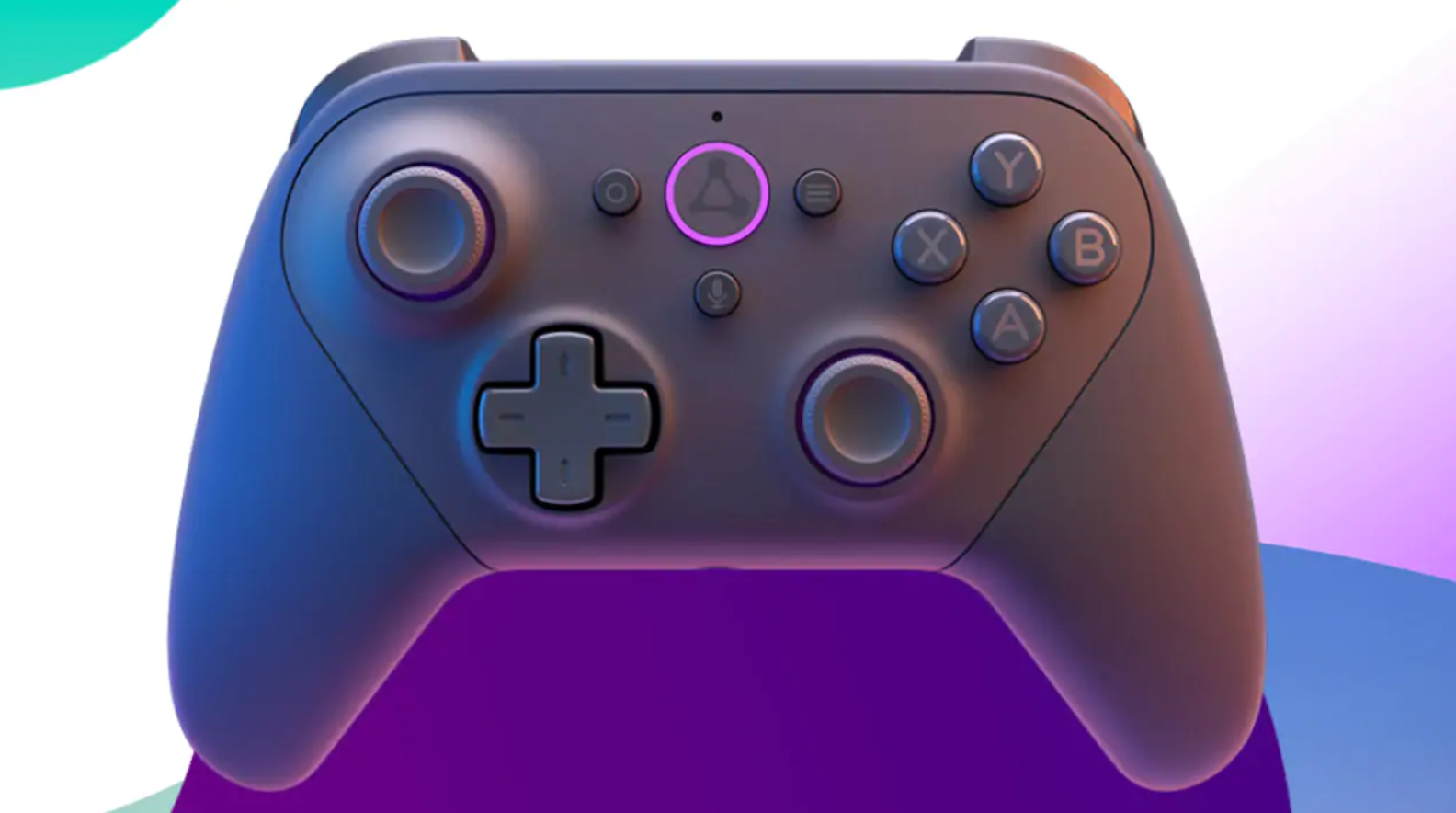 The Luna Controller is a special gamepad for use exclusively with the Luna service. Right now, it's only available for purchase to those who have been invited to use Luna. It is a Bluetooth-enabled gamepad that's black all over with purple accents. There is a blue LED ring around the badge at the center of the controller. It resembles a Nintendo Switch Pro Controller in both shape, button placement, and aesthetics. It also includes two asymmetrical analog sticks, a D-pad, and four face buttons in addition to four menu buttons.

What games have been confirmed for Luna so far? 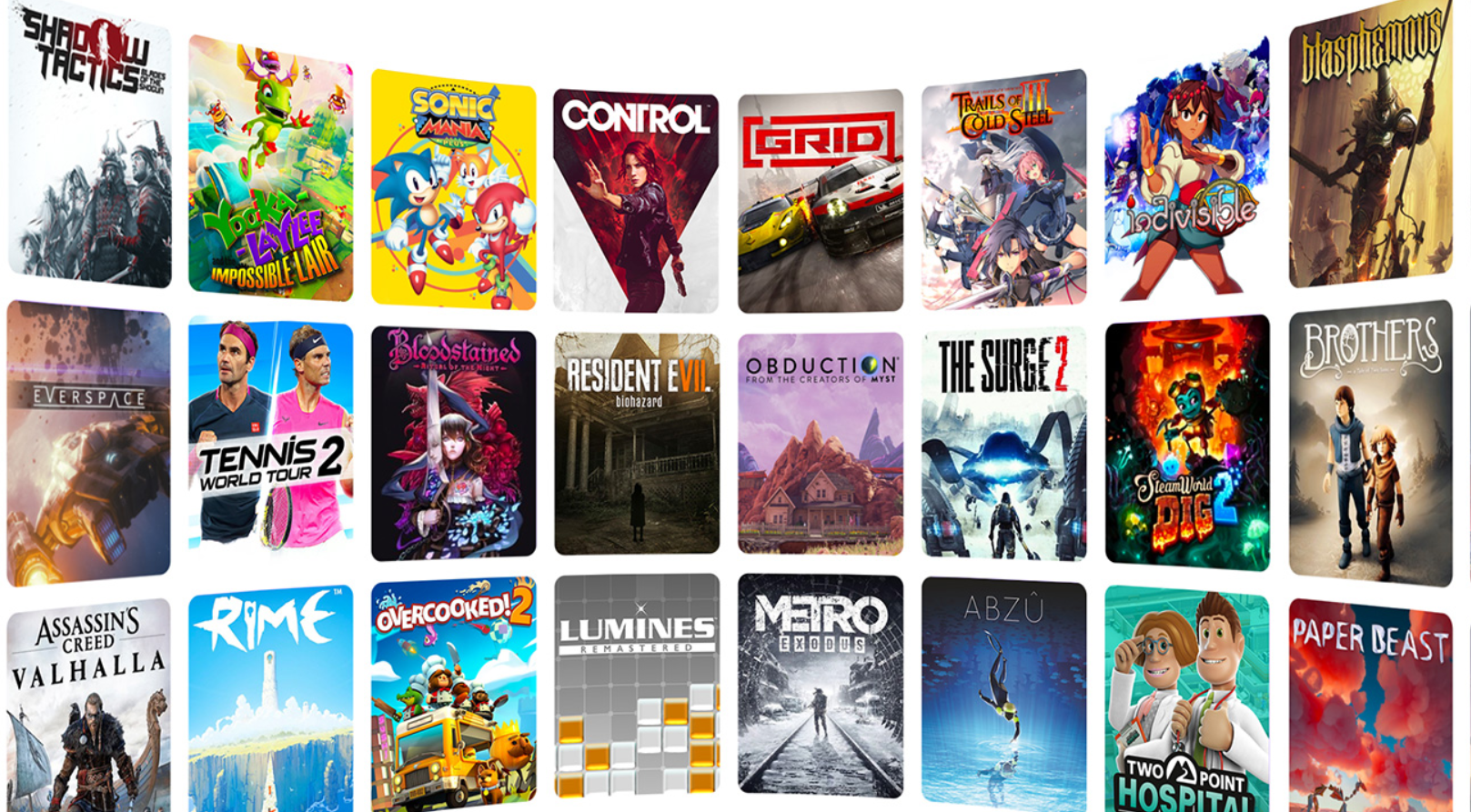 Here are some of the games that Amazon has confirmed will definitely be available on Luna:

There are currently over 80 additional titles planned for use with Luna as well, which should offer a pretty eclectic mix of titles. Developers like Ubisoft, Capcom, 505 Games, and Team 17 will be included in the mix, with Amazon continuing to add more over time.

When will Amazon Luna be available? 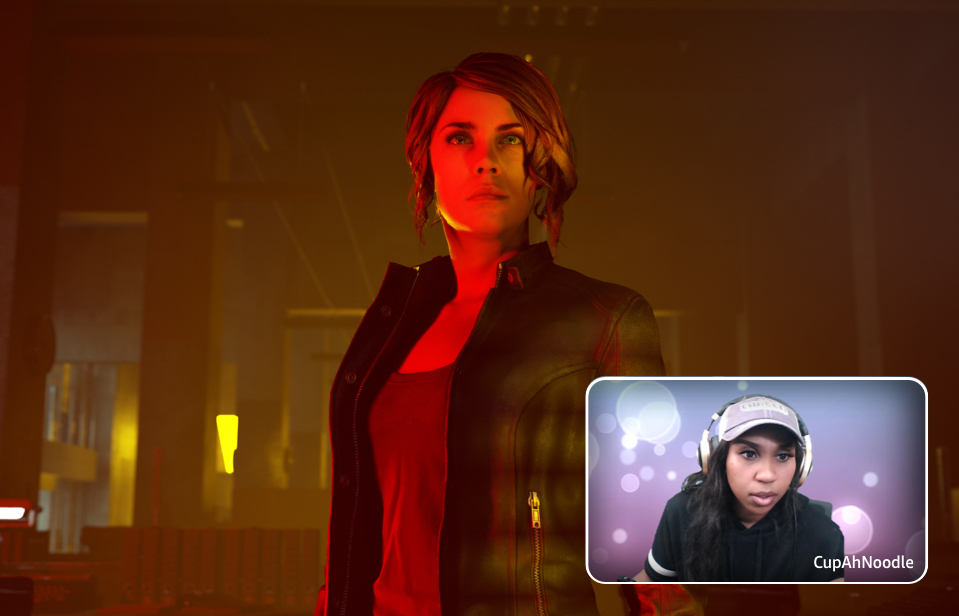 Right now, Amazon Luna is only available by invitation only. It isn't up and running for everyone yet. There is no specific release date just yet, but it's likely Amazon will shoot for a 2021 release date.

Are you interested in trying out Amazon's Luna game streaming service? Head on over to our SteelSeries Discord to discuss the upcoming platform with plenty of like-minded gamers.