Here's what to expect from the newly-released World of Warcraft: The Burning Crusade Classic.

World of Warcraft is one of the most popular MMOs of all time. If you don't play it, you likely know someone who does. Ever since its inception early on in 2004, however, it's undergone quite the transformation.

Throughout eight different expansion packs, the in-game world of Azeroth has morphed into something completely unrecognizable time and time again. It's a much different world now than it was in the beginning, especially before the first expansion, The Burning Crusade, took place. If you missed the way World of Warcraft had been when it debuted up until The Burning Crusade, you were essentially out of luck, as Azeroth shifted over time.

The Classic version of The Burning Crusade is meant to bring back the good old days for new players to explore and old players to reminisce in. But what exactly does it add to the game? If you're looking to jump into the game whether after a lapse in play or for the first time ever, here's the type of content you can expect.

There's plenty of content to take in if you're looking to jump back into The Burning Crusade, or even for the first time. But if you don't want to experience it all right now, and you want to keep going through World of Warcraft Classic, you can do that as well. Blizzard has taken great care to ensure that players looking to remain in the original Azeroth, untainted by change, can do just that if they want to remain.

But when and if you are ready to check out The Burning Crusade, there's a wealth of new things to explore and see. It's an intriguing prospect to be able to witness how World of Warcraft has changed over time, especially if you're jumping in over a decade later.

Whatever you choose to do, have a fantastic time in Azeroth, pre or post-Burning Crusade, and happy raiding!

Want to chat about the coolest parts of The Burning Crusade? Check out the official SteelSeries Discord, where you can meet plenty of other World of Warcraft players. 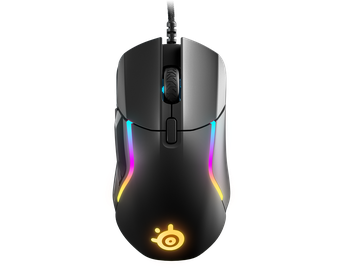 The new SteelSeries Rival 5 gaming mouse is lightweight and durable, with 9 programmable buttons so you can play with one mouse across all of your favorite games.