Rainbow Six Siege is unique from most games in just how much importance it places on complex audio cues. Here are some quick tips to get you listening like a pro in no time.

From February 11th to 17th, 2019, the entire Rainbow Six Siege Community will have its eyes on Montreal for the Six Invitational. The best teams in the world will spend the week in gunfight after gunfight to see who takes home the lion’s share of over a million dollars and claim the title of world champion.

With all the hype building around the tournament, you might be thinking of diving into the game and seeing what sets it apart from other shooters. Aside from the strategy, tactics, and destructible environments, Siege is unique from most games in just how much importance it places on complex audio cues.

Here are some quick tips to get you listening like a pro in no time:

First, we need to know how Siege uses sound, and why you’ll have to approach it differently than any other shooter. Ubisoft implemented a system that mimics the way sound travels in real life as closely as possible.

What they came up with was a “sound propagation technology”. Here’s an explanation from the game’s audio director, Louis Philippe Dion:

Ubisoft’s breakdown on how sound works in Siege.

These are the basics: sound will reflect off of surfaces, it can diffract around objects, and it can be absorbed and muffled when passing through an object.

The best way to think about sound in Siege is that it’s like water — it’ll take the path of least resistance. If you want even more detail, check out this in-depth article from the game’s audio director

Even if you hear gunshots coming through one side of a doorway, the shooter might be right on the opposite side of the wall that you’re facing. Since sound is flowing through openings, it can be deceptive if you’re not paying attention.

As Dion also explains, the sound team wanted every gadget, weapon, or action to have a unique audio cue so as to better communicate to the player what’s happening moment to moment. Whether that’s a claymore being placed or a C4 being thrown, every sound tells you something. It will take time to learn all of these through gameplay, but once you do, it will give you split-second advantages and better decision-making. 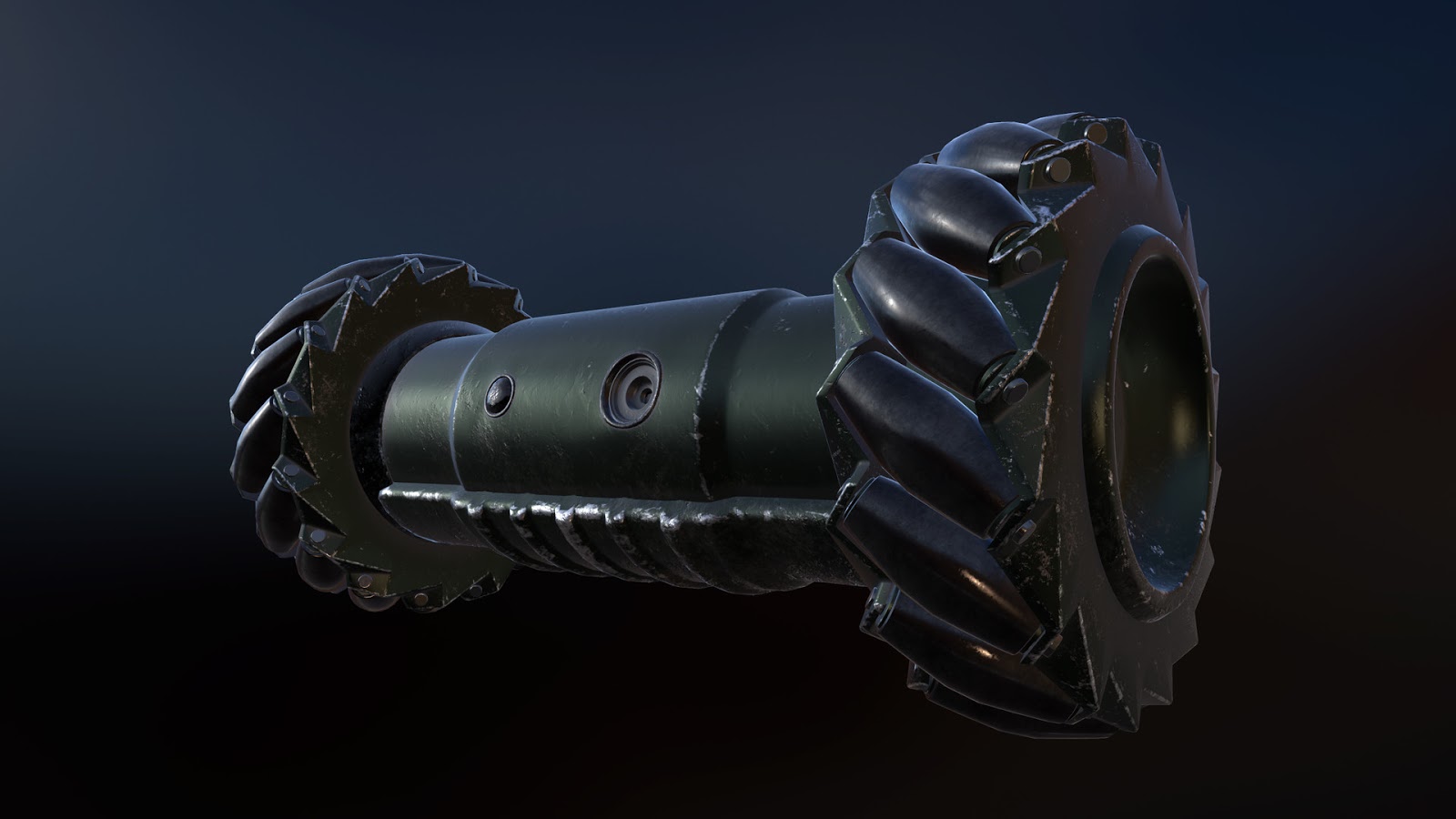 The bane of every defender is hearing one of these hopping around the objective. Like bees. Lots and lots of bees...

Remember that in Rainbow Six Siege, destruction is your friend. If you’re getting a quick bomb defuser plant off and are worried the defenders will rush to retake the site, use a shotgun to open a murder hole into a hallway. Now, not only do you have a great defensive position, but you’ll also be able to better hear their panicked sprinting a lot sooner and more clearly.

Not sure if the enemy attackers are rappelling up/down on your side of the map? Quickly knife a small portion of a window barricade or blow out a door to let the sound come rushing in. Now you can be a spawn-peeking jerk AND hear the enemy.

#6: Make sound work for you

It’s not all about the murder holes. The possibilities for manipulating the way sound travels in Siege are almost limitless. Throw a drone to bait someone or fake a defuser plant. Just keep that metaphor of water in your head and ask yourself, “how is sound travelling to me right now and can I change that to have a tactical advantage?”

#7: Mute bad teammates and use push-to-talk

Experiment with the sound settings to find what’s right for you. If you’re solo-queueing, don’t be afraid to insta-mute teammates that aren’t being helpful, or worse yet, are blaring their Eurotrance playlist over an open-mic. Speaking of which, double check that you’ve enabled push-to-talk so that you can noisily slurp down your ramen without being reported.

#8: Experiment with your sound settings

Communication in Siege is critical to grinding up that ranked ladder, but even more critical is hearing what’s happening in-game.

Find a good balance between the game audio and your teammates calls. Try tweaking levels up and down until you find the perfect balance. 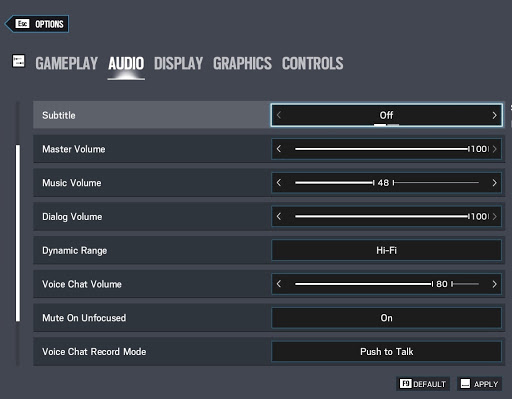 Play around with the sound settings until you find what works for you.

Also, turnabout is fair play. Keep your communication short, sweet, and informative. Your teammates are (probably) trying to listen for audio cues too. Speaking of which...

Siege is probably the only game where you’ll get away with yelling at your teammates to shut up (politely). Seriously. If you’re down to a 1v1 and you need to clutch out the round for your team, give a quick, “Quiet! I need to hear!” It’s 100% socially acceptable, and good teammates will stop gabbing and let you focus. 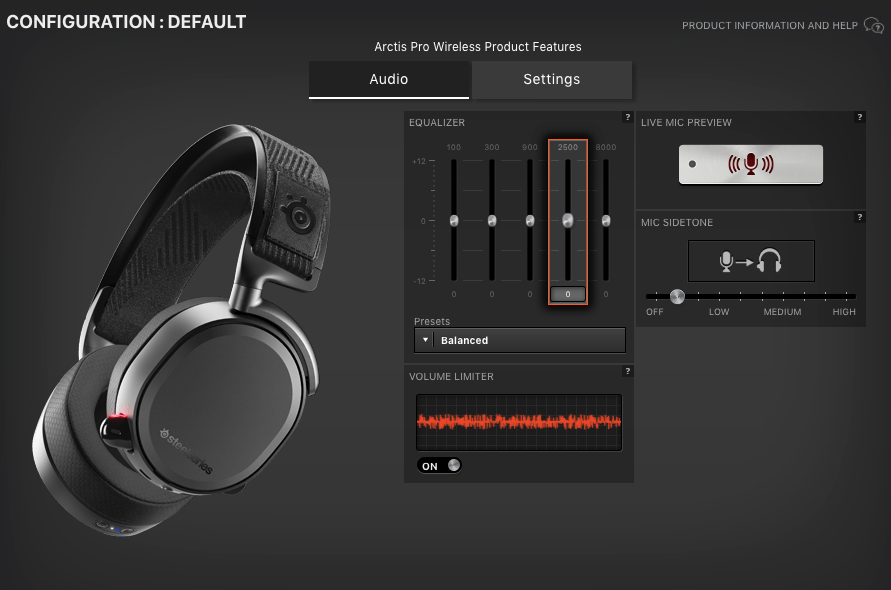 If you’re not already using a good set of surround sound headphones, it might be time to consider picking one up. Everyone else you come up against likely is, so you should level the playing field. The good thing is that you don’t even need to break the bank to get a great surround sound headset these days.

To summarize, use every tool at your disposal to get that sound advantage over your enemy. In Seige, moments of intense action are broken up by quiet stints of careful listening, communicating, and strategizing - this is what gives Rainbow Six Siege its incredible levels of tension.

Though we might not all be able to compete on the main stage in Montreal this week, I hope these tips give you a competitve advantage in the coming ranked season.