Skip to main content
Due to recent changes to our order fulfillment system, some customers may experience longer than normal order processing times. We apologize and are working hard to fix this.
por Brittany Vincent 10 Minute Read

Ghost of Tsushima is a sprawling game with plenty of tales to explore and areas to liberate. It'll take some work, but unlocking the Platinum Trophy is a feat you can definitely handle. Here's how to snag it as well as each of the other trophies so you'll be adding another plat to your collection in no time.

Ghost of Tsushima features 52 total Trophies, with a Platinum Trophy that requires you collect all 51 other Trophies. It can be a bit of a challenge (as well as a time suck) to complete every single task to get that coveted Platinum Trophy, but it's perfectly doable with a bit of patience and determination. In fact, this one is a bit easier than other Platinums because many of the Trophies you need will unlock as you play the game.

We've put together a complete guide on how to get the Platinum Trophy as well as the rest of the Trophies in the game. Don't give up, persevere, and eventually you'll become the legend of Tsushima, with a Platinum to take home and show everyone on your friends' list.

How to Get the Platinum Trophy in Ghost of Tsushima 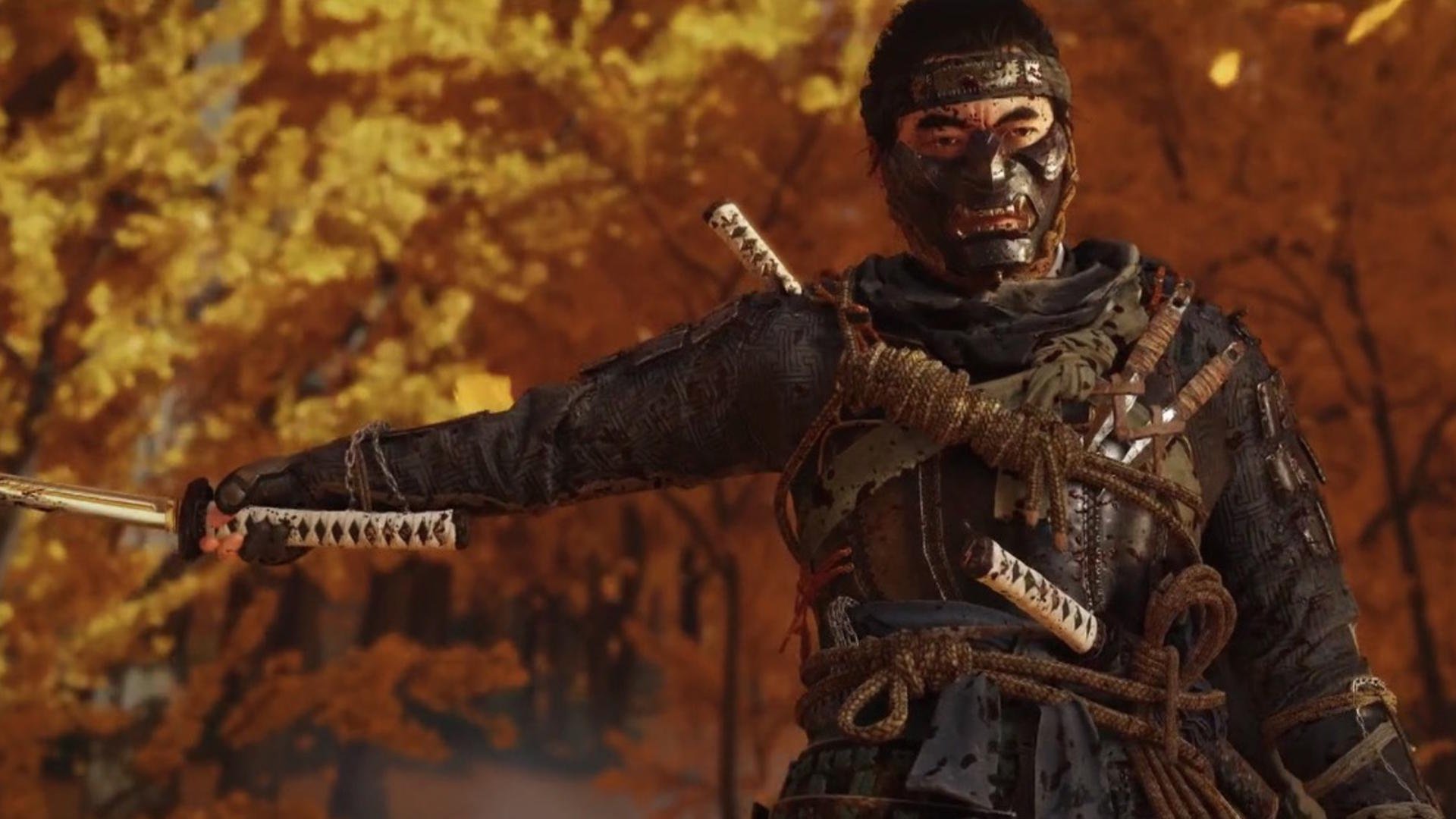 To get the Platinum Trophy in Ghost of Tsushima, you must earn all other Trophies in the game. This is a tall order of course, and it will take quite some time for you to complete. That's why, below, we've compiled a list of Trophies that you will need to earn. Be diligent and determined, and you'll eventually have this one in the bag. 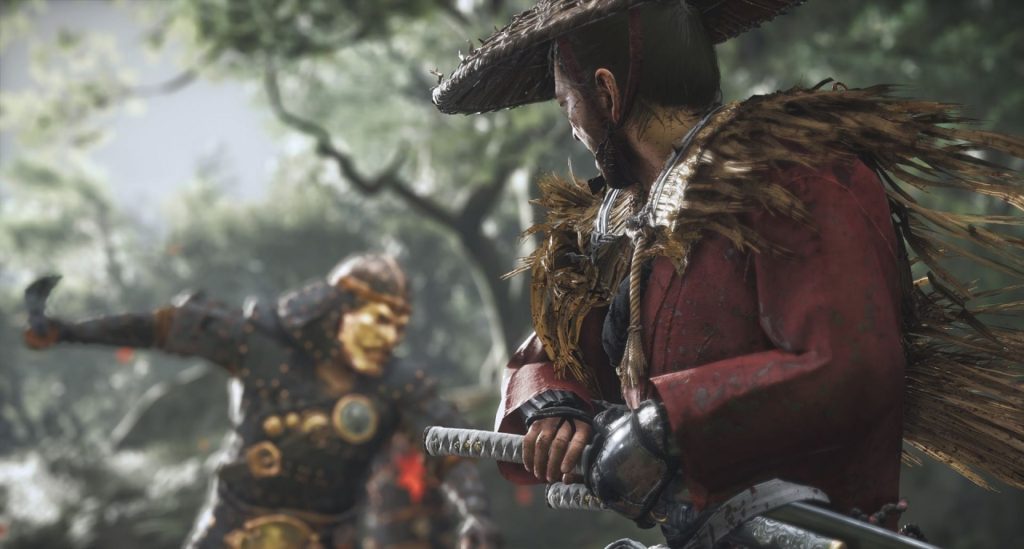 Point of No Return (Bronze)

Leader of the People (Bronze) 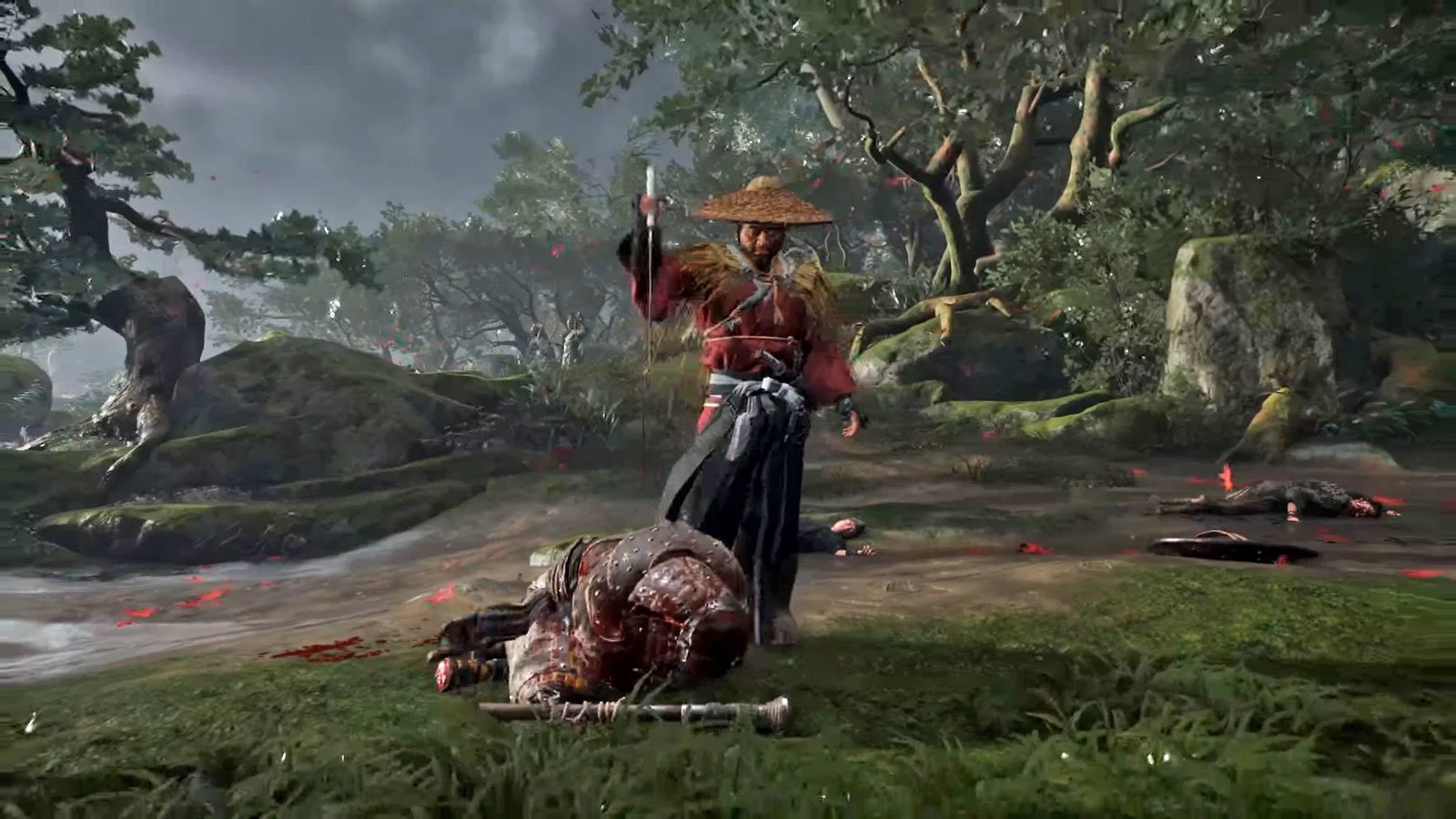 Complete all of Norio's Tales. There are 9 total, and they will be unlocked as you complete the story. You can complete them at a later date if you need to, and they're denoted by golden icons on the map.

Complete all of Masako's Tales. There are 9 total, and they will be unlocked as you complete the story. You can complete them at a later date if you need to, and they're denoted by golden icons on the map.

Complete all of Ishikawa's Tales. There are 9 total, and they will be unlocked as you complete the story. You can complete them at a later date if you need to, and they're denoted by golden icons on the map.

Complete all of Yuna's Tales. There are 4 total, and they will be unlocked as you complete the story. You can complete them at a later date if you need to, and they're denoted by golden icons on the map.

Complete all of the Mythic Tales. There are 7 total. You need to find blue icons to complete these tasks. To do so, you need to earn information from characters with speech bubbles found above their head. They will be unlocked as you complete the story, but you can come back to them at a later date if needed.

Complete all Tales of Tsushima, including Norio, Masako, Ishikawa, and Yuna as well as all the standard side quests in the game that appear as white icons. There are 61 total Tales, so make sure you seek them all out to complete this Trophy. 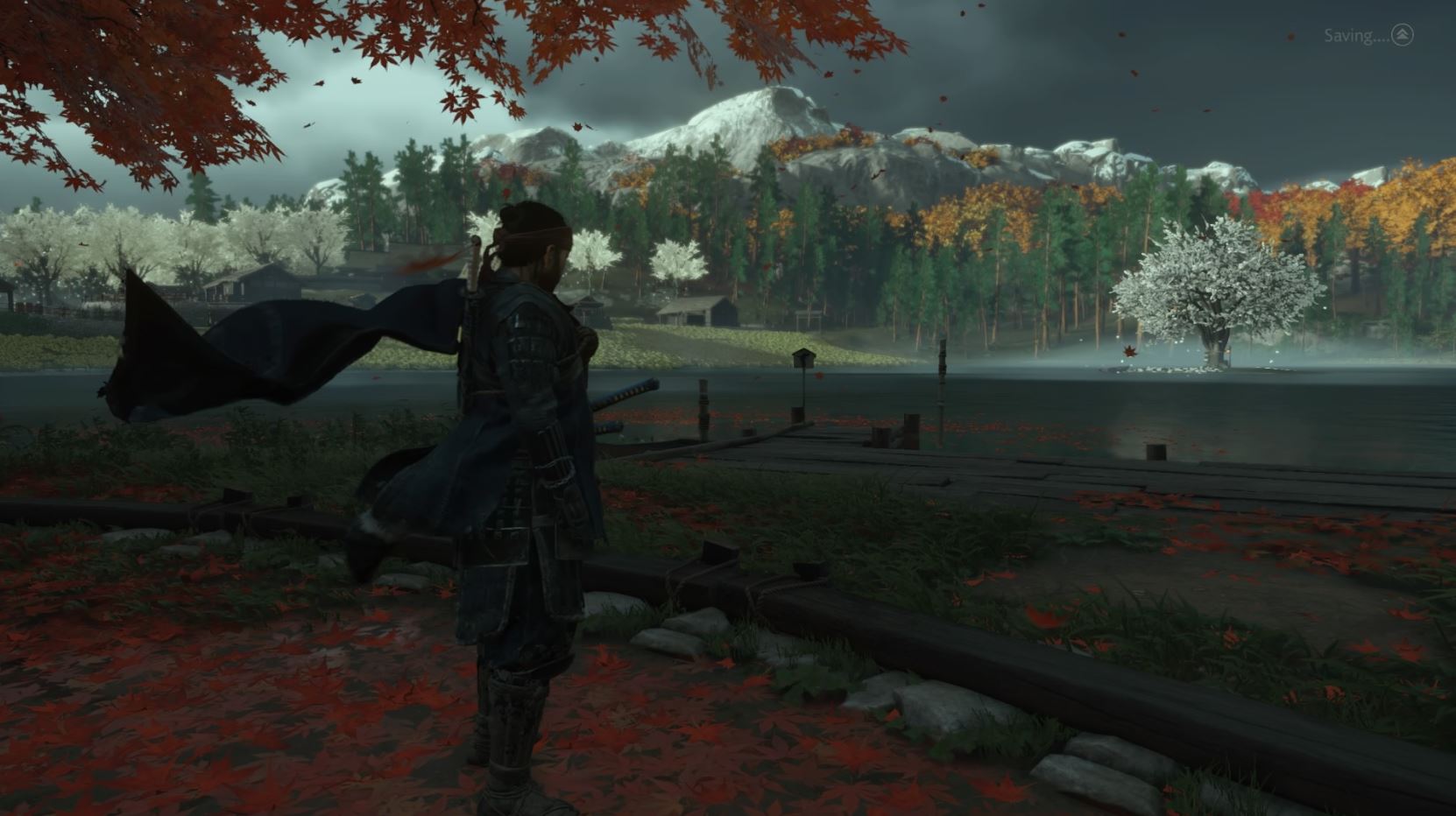 Defeat 20 enemies with a counterattack after a Perfect Parry. You might need to practice this one, but its totally doable if you find some weaker enemies to tangle with. It's easily completed on Easy mode if you need additional assistance figuring this one out.

Shoot a Terrified enemy with an arrow while they are fleeing. If you see an enemy drop their weapons where they stand, take a shot at them and you should unlock this Trophy.

All in the Wrist (Bronze)

Defeat the maximum amount of enemies within a single Standoff. You can kill off three enemies in one Standoff to get this Trophy, but there's a maximum of five enemies that you can eliminate to bag this one.

Successfully Stagger enemies 50 times. Just Stagger 50 enemies by breaking their guard with heavy attacks with the triangle button and be patient.

There Can Be Only One (Bronze)

Successfully complete every duel. There are several throughout the game, and many happen within the storyline. Some, however, will happen after you liberate an area of Tsushima. They cannot be missed, but this will take a bit to complete.

Have a Nice Fall (Silver)

Kill an enemy with fall damage by knocking them off a ledge. This one is pretty self-explanatory, but be sure to find a high enough ledge that your enemy will fall to their death to snag this Trophy.

Kill 20 enemies with Ghost Stance strikes. You'll unlock the Ghost Stance automatically as you play through the story.

The Ghost of Legend (Bronze)

Build your Legend to earn the title Ghost of Tsushima. Continue to raise your legend rank as you play through the game. It will take a bit, but eventually you'll reach this rank naturally.

Learn the Stone, Water, Wind, and Moon combat stances. This is another Trophy you'll get by way of natural progression, so just let the game play out and you'll get this one eventually. 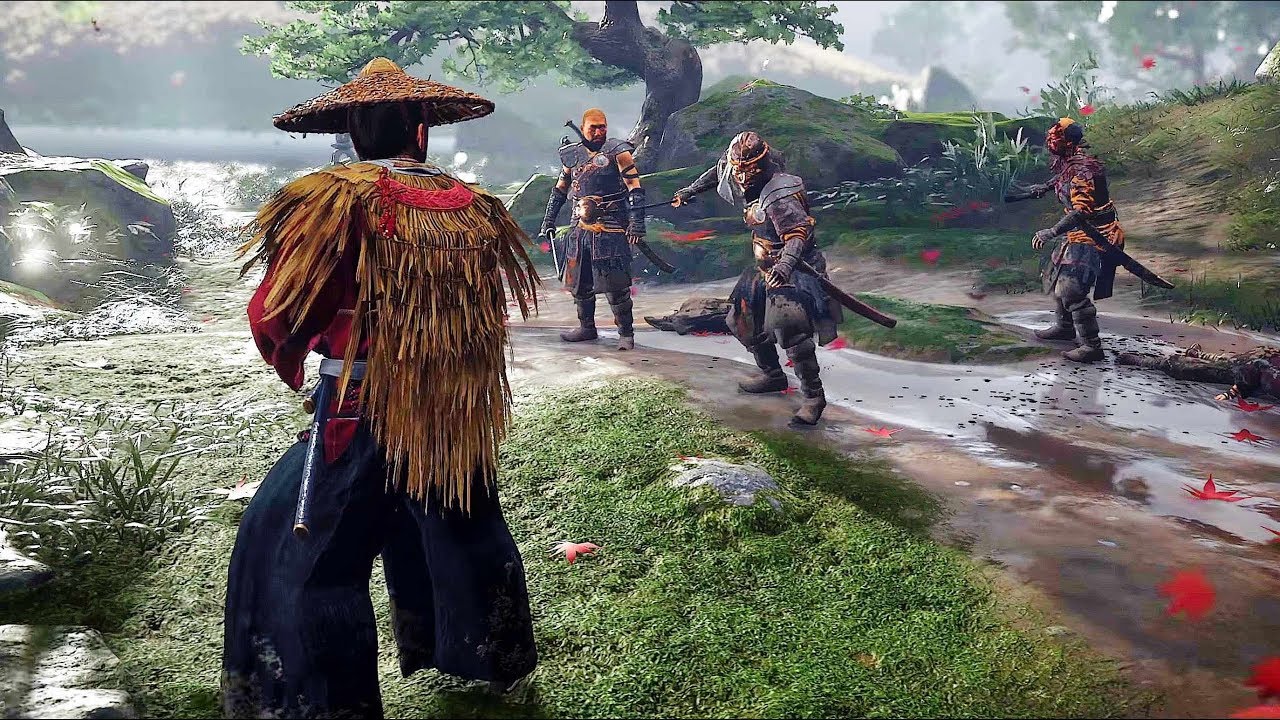 Every Trick in the Book (Bronze)

Equip a charm in all 6 slots. It should be simple to collect enough slots to fill them all for this Trophy. Just equip them and you're good to go.

Collect 10 gifts. Villagers will leave gifts for Jin all over the map. Play through the game as normal to find what you're looking for and it won't take that long.

Acquire 30 pieces of Vanity Gear. These are cosmetic items that don't really have much use in battle. Complete the story and be sure to complete as many side quests as possible.

Rekindle all the lighthouses of Tsushima. This can be done by playing the story as usual, but you'll have to play through Act 3 to make sure you've got access to each lighthouse.

Favor of the Kami (Bronze)

Bow to 10 hidden altars across Tsushima. You'll have to do quite a bit of searching to find these altars, as they're pretty difficult to find, but it's worth finding them to secure that Platinum.

Bow to 10 hidden altars across Tsushima. You only need to find one, which is a pretty simple undertaking, but seeking out more means you'll find some fun cosmetics. 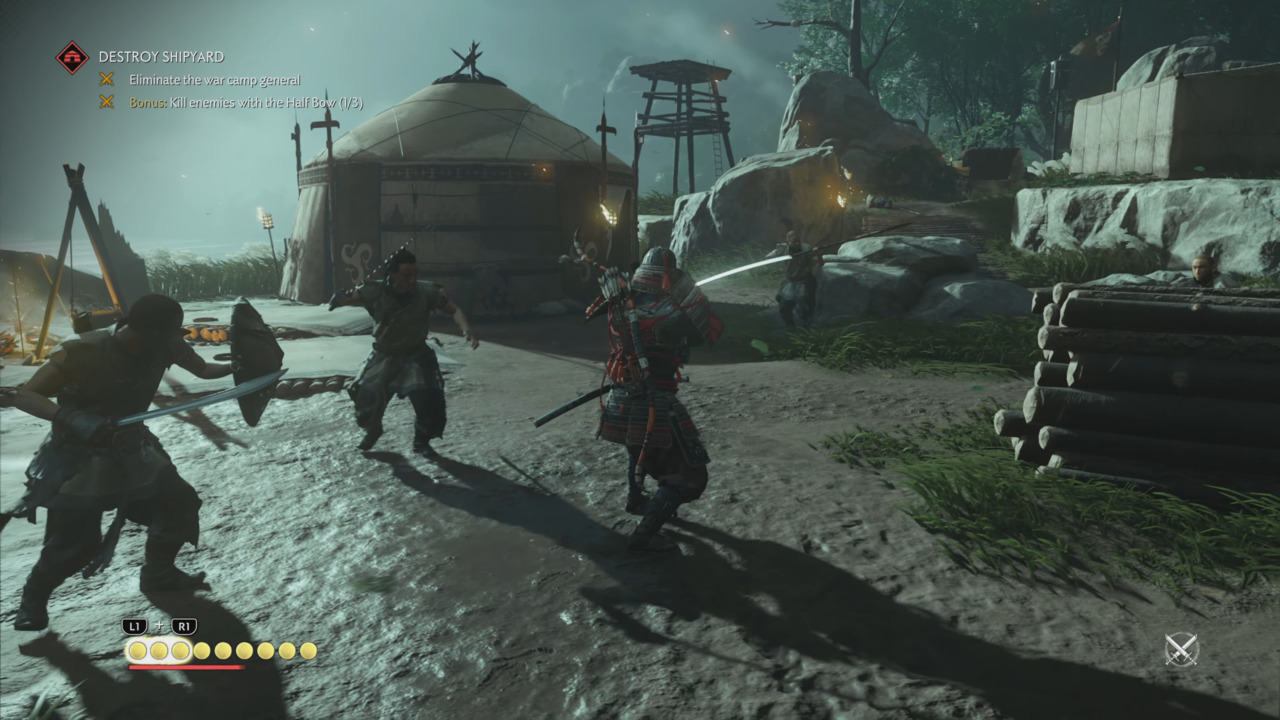 Dress up as a legendary thief. You'll need to cosplay as the thief Sly Cooper to get this one. Find the necessary cosplay items to complete this Trophy.

Dirge of the Fallen Forge (Bronze)

A Moment in Time (Bronze)

Personalise a scene in Photo Mode. Pop open Photo Mode and change up the settings for your image, and you're done.

Collect 20 Records. Seek out records by using the Traveller armor set and Guiding Wind equipped, then set back 20 of them.

Collect 20 Mongol Artefacts. Again, using the Traveller set, search throughout the open world with Guiding Wind, and you'll eventually seek all of these items out.

Complete all Hot Springs, Haiku, Inari Shrines, and Bamboo Strikes. This will take quite some time to complete, as you must find all of the aforementioned locations, but it's doable as long as you're working on the other Trophies already. 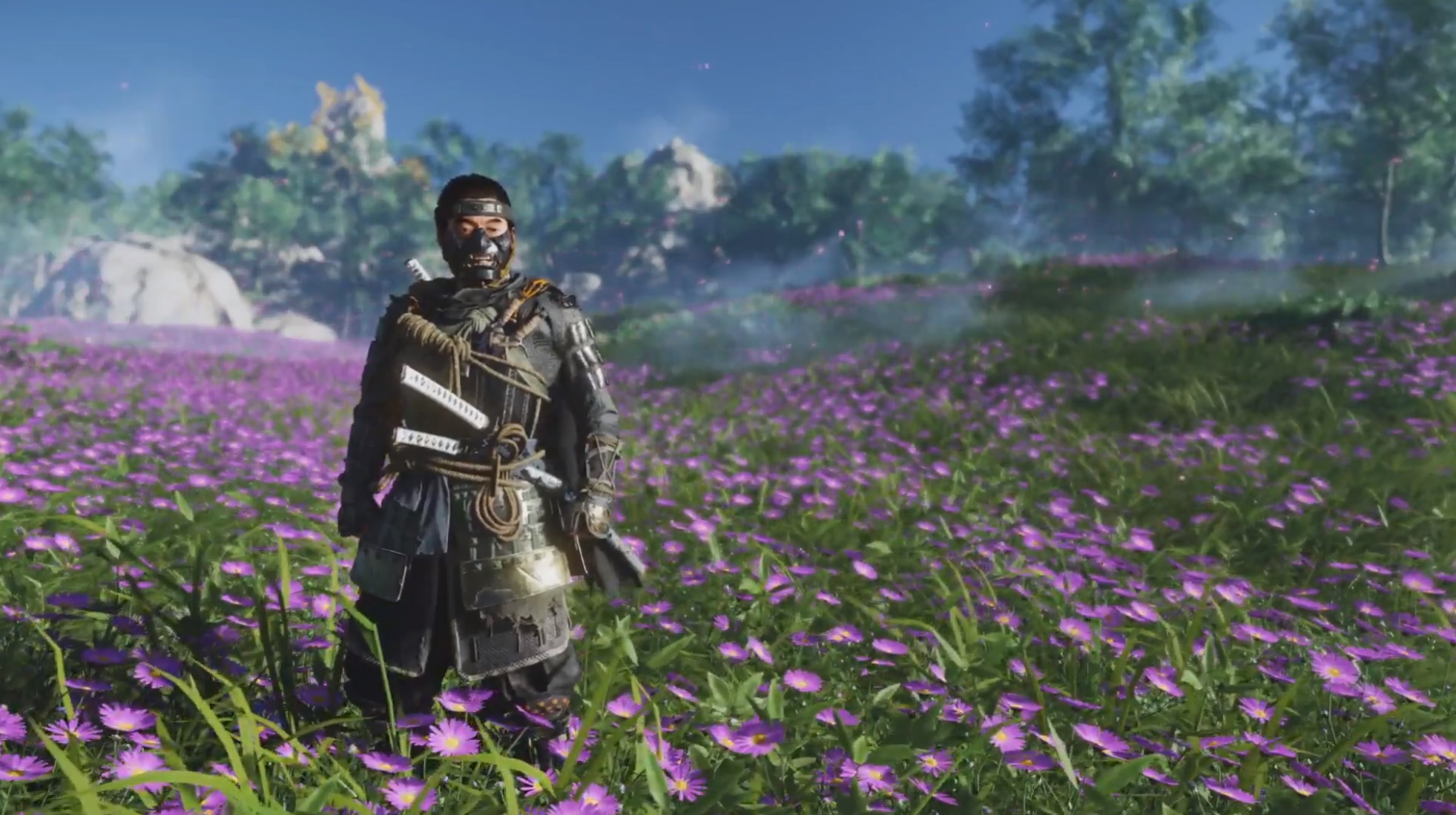 Hero to the People (Bronze)

Liberate 12 occupied areas in Izuhara. You'll get this as you complete 12 different Mongol camps near the beginning of the game.

Liberate all occupied areas in Izuhara. Play through the game's campaign and finish up all the Mongol camps in the area.

Liberate 8 occupied areas in Toyotama. This will take place in Act 2, in the second area of the game, and it may take a bit of time to finish.

Liberate all occupied areas in Toyotama. Finish up your campaign until you've managed to liberate every single part of the island.

Liberate 7 occupied areas in Kamigata. Keep playing until you get to Act 3 of the game and complete 7 areas, then you'll be able to unlock this final area.

Liberate all occupied areas in Kamigata. This is straightforward, but it will definitely take a while to complete.

Liberate the entirety of Tsushima Island. It will take as long as it sounds, but keep pushing and eventually you'll be there.

That concludes the list of all trophies in Ghost of Tsushima as well as how to get the Platinum Trophy. Happy hunting!

Want some help trying to track down a trophy? Join our SteelSeries Discord for some assistance!

Excited for PS5? Make sure you have the best next-gen audio choice too: