Have you ever wanted to sit down with your favorite streamer and pick their brain? We sat down with FaZe H1ghSky1 to ask our burning questions about his birthday, gear, history, and more. Enjoy!

What are you most known for?

I'm most known as being in FaZe Clan as a streamer or content creator - whatever you want to call it.

How come nobody knows when your birthday is?

Where did you come up with the name h1ghsky1?

Honestly, it was kind of random. It's like a goal - "reach for the skies," you know, like a "do your best" kind of thing.

What would you tell somebody your age that wants to get into esports?

Grind. It. Out. The thing that you want to do... you may not want to grind, but you have to grind. It's the only way you can get into it.

Did you ever want to be anything other than an esports pro growing up or nah?

No. I just want to be a gamer.

What's one thing that most people don't know about you?

Most people don't know that I'm actually Romanian and I have a different name apart from Patrick. It's Patrichu.

What accomplishment are you most proud of so far?

What is your next goal?

What do you have to say to your followers as of now?

Thank you, guys, SO SO much for all the support and being with me through all this.

How did you get into gaming?

It was actually my dad that got me into gaming. He would play Call of Duty late at night and I would watch him play - it was super cool.

When did you start playing Fortnite?

I started playing in September which was pretty much the month it came out and then I quit it... and came back a month later!

What was the moment when your gaming career changed?

It was when FaZe recruited me - that was one of my greatest achievements in life and I want to send a massive thank you to them.

What would you say the top 3 guns are in Fortnite right now?

How many hours a day are you playing Fortnite?

What piece of gear is most important to your setup?

Easily your mouse. Without your mouse you can't move around and shoot rubber bullets into anybody.

Which mouse do you use?

I use the Rival 3 SteelSeries mouse. It's absolutely amazing. You should get one for yourself. (Use code HIGH12 at checkout for 12% off!)

How do you warm up when you start playing Fortnite?

I don't really warm up. If I want to, I'll go into Creative and do an edit course or just crank.

Probably Counter-Strike source or 1,6. Those are where I had most of my memories.

How old were you at the time?

Probably Agency. It has so many people it's kinda easy to go crazy.

Are the henchmen killing you all the time, or what?

I actually die at a henchman more than real people, which is a little depressing. (laughs)

Are you going to play as competitive when you're of age?

What are your top 3 things you like doing outside of gaming?

Family, food, and then some friends.

Do you have a favorite sibling?

Don't tell the boys, but Grace is actually my favorite. I taught her how to play Fortnite.

How long have you been teaching her to play?

Grace, how old are you?

How have your parents respected your love for gaming?

We moved to America from Romania and they gave me a bunch of opportunities. I chose gaming because I absolutely love it - so yeah, they've helped me a lot.

What do your parents think of everything?

They're learning a lot, starting to learn more about (esports) more and more, and they completely support me.

How many siblings do you have?

I have four siblings in total. Two of my brothers have moved out and then I play with my two siblings that still live with me.

What activities do you play together?

We like to play soccer, video games together, we play board games too.

How long have you been a part of FaZe? 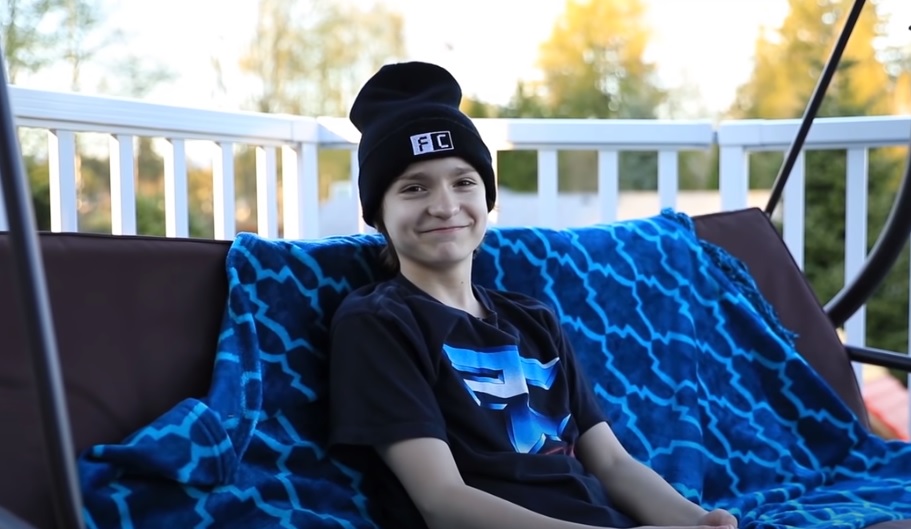 What was the coolest part?

Probably meeting all the FaZe guys and stuff.

Who's the coolest out of all of them?

Have you been to the new FaZe house?

No, not yet, but I really wanna go.

When are you planning to?

Who out of the FaZe guys has the nicest car?

Rain without a doubt.

Out of the FaZe guys, which one dresses the best?

Dude. Teeqo kind of drips out. He's so good at styles and stuff. I think Teeqo.

Anything else you want to show us in the house?

Yeah, I have a chill spot I can show you - I like to watch movies and stuff there.

Who's your celebrity crush right now?

Name one thing you're afraid of.

Aren't you always trying to take the high ground in Fortnite?

(shrugs) Yes, but actually no. 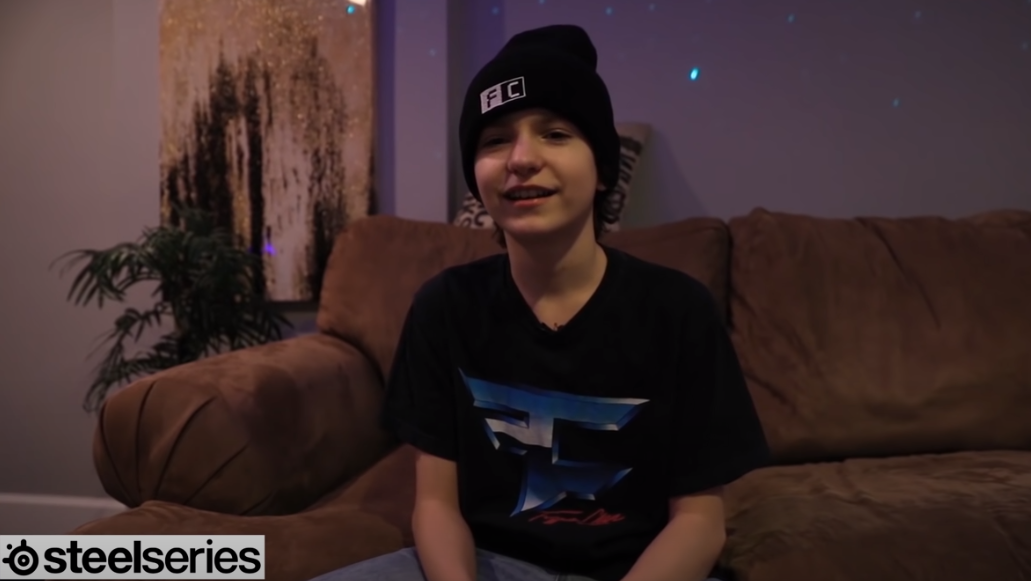 Do you believe in aliens?

What do you believe in?

Could be some life out there, you never know.

What is the longest you've ever gone without sleep?

What shows do you watch on Netflix?

I don't watch Netflix. I do watch Disney+, though.

What shows do you watch on Disney+?

What is your favorite artist to listen to these days?

All of this songs are bangers.

What are your least and most favorite subjects in school?

If you could go anywhere in the world right now, where would it be and why?

Wanna try the same gear FaZe H1ghSky1 uses? Enter code HIGH12 at checkout in the SteelSeries store for 12% off!

Join our awesome community on the official SteelSeries Discord server! 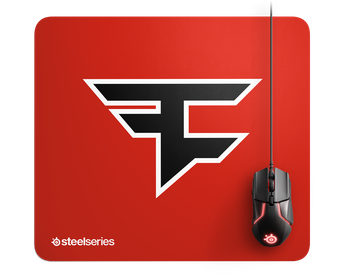