Jobs are an integral part of combat strategy in Bravely Default 2. Here's how to change up jobs to get the most out of each battle.

Bravely Default 2 is a challenging RPG with an intriguing combat system. One integral part of getting the most out of the game is learning how to switch between characters' jobs. They're essentially the game's class system, and you can change between them essentially at will.

But for those new to the series or just starting out, it may not be immediately obvious how to switch out jobs. Here's how you can go about doing just that so you can learn to more effectively utilize jobs throughout the numerous battles in Bravely Default 2.

How to change jobs in Bravely Default 2 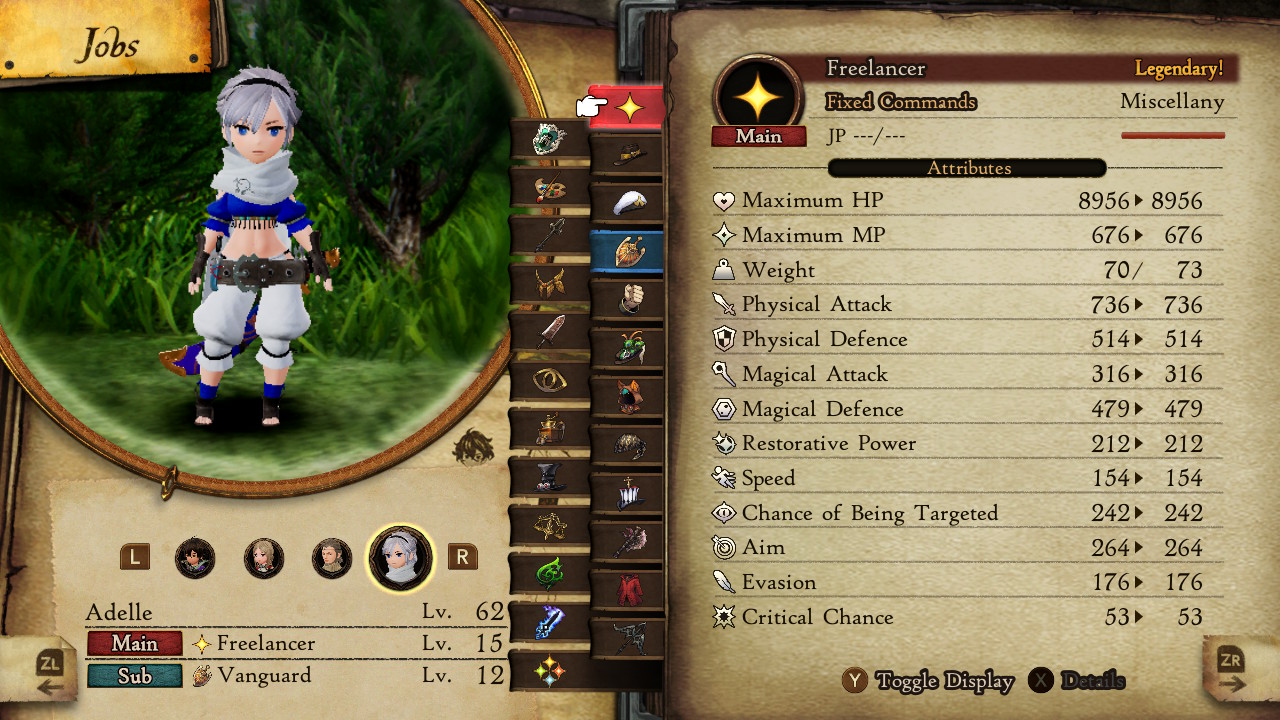 Jobs are one of the most important aspects of Bravely Default 2. It's recommended that you learn how each class works and how to shift between them so you'll be ready for any combat opportunity.

Jobs are the key to assigning characters different abilities. They also change up regular combat commands you use in normal battle. You'll unlock additional jobs as you progress through the game. There won't be a full selection to use as soon as you start out, so make sure you stay vigilant as new ones pop up throughout the game.

If you want to change a character's job, start out by going to the main menu. Press X on the Switch controller to get there. Go to the "Jobs" option and select it to have access to the main character in your party and check what job they currently have.

If you want to set a new job, choose the one from the list you'd like to use.

All jobs in Bravely Default 2

Here's a complete list of all jobs that will eventually be unlocked:

When you find the job you want to equip, press A. You can set this new job as your main job or sub job. Setting your main job is the most important thing to do here, as it will give you your main set of abilities. Setting a sub job will also grant you a series of sub-abilities with a mixture of whatever you used for your main job.

This is important information to remember as you make it through the game. You may want to try different combinations of jobs to see what works best for you and your playstyle. Now that you know how to change things up, be sure to mix and match jobs for the best results in Bravely Default 2.